“We currently live in a society that embraces an attitude of scarcity and through time banking, it becomes clear we live in a world of abundance, and that all we need is an attitude shift.”

I suppose you could say I was well-primed to receive the message aimed at me during the new member orientation for the Arroyo SECO Time Bank. This was far from my first exposure to the resource-sharing economy, but, even so, it felt like a whole new level of participation. It went beyond the feeling that comes from sharing excess tangibles on LAReUseIt and craigslist. It even surpassed my experiences with ride-sharing, on road trips and more formally with Lyft and UberX. The few times I had hosted events at my home for the Peers.org folks came close to it, as did, upon reflection, my experiences at Burning Man. But by the end of this meeting, the feeling of community and the sense of what they, we, could accomplish together was both as humbling and inspiring as I have ever known.

It started just as one would expect after reading through the group’s website. I was the first to arrive, and John and Lee welcomed me warmly as I entered the conference room. They took a divide-and-conquer approach. Lee typed away on a tablet, getting my online profile activated, adding me to some mailing lists and paying me 1 time dollar for attending the orientation. Meanwhile, John spoke with me about which neighborhood I live in, what led me to join the time bank and what I might be interested in offering as a service. They repeated this process with the other 4 attendees as they arrived, while I noted that all 5 of us were in the mid-20s – upper 30s age range, while I estimated John and Lee to be in their 50s/60s. We were 4 women and 1 man, and the man, Mark, is actually already a member and I was in the restroom when it was explained why he was attending this session. After I returned, we began the meeting by sharing our names, neighborhoods and interests in time banking with each other. Then our attention turned to John and the screen behind him.

Within the first few minutes of the official meeting, John laid out the five core values of the Time Bank, and I was blown away by how closely they align with my own personal views of the world. To have concepts I already hold to be true stated so casually reminded me that there are many people in the world who also feel this way! Another pocket of community found!

The 5 Core Values of Time Banking:

Using the time bank is fairly straight-forward process, one that I’ll devote a future blog post to, but for now here’s a quick summary: I have a skill I am willing to give, and so I post it on the bank’s forum, under the appropriate category. For example, I have been known to enjoy driving people around, and so I could post an offer to give rides around town. People who need rides can message me through the post and we can discuss the exchange. In most cases, once we work out a good time for both of us, the exchange would result in 1 time dollar for each hour of service. If it is a long trip, I can and should ask them to pitch in real dollars for gas, and we can agree to that in advance. If I’m not available to take them when they need, or if I just don’t want to, I’m not obligated to do the service, though the community guidelines say I should make sure to reply to all messages received. In their words, a reply equals respect.

In all likelihood, I’ll perform the service for them, and then one of us will record the exchange on the website. My account will receive payment in time dollars from their account, and now I have time dollars to spend on getting a service from someone else! It can be anything from baking a cake to yard work to computer help to car help from a mechanic. Regardless of the skill level involved in the task, 1 hour = 1 time dollar. There are no double hours, or higher rates, ever. Those who feel their time or skill is worth more than someone else may find the adjustment difficult at first, but there are ways of mitigating that. For example, someone who is a lawyer in the cash economy may decide to offer gardening help instead of legal help, or might limit how many community members they give legal help to so that they don’t feel burdened or short-changed. There is an emphasis on only offering what you want to offer, and also on the idea that receiving is as important as giving. They even support accruing occasional debt, if a service you want costs more than you have in your account. I plan to explore this concept, and its implications, more fully in another post, but, in the world of time banking, “it’s ok to go into the red.”

So how will I spend my time dollars? What services will I receive? What other services will I offer? A relatively light search of the recent offers and requests on the site yielded several promising exchanges for me, such as: a neighbor who has “a large pile of thrift store donations that need taking” and no car; a woman in Echo Park who can teach me book-binding (so I can finally repair a crumbling scrapbook); a Craft Club; the Repair Café (where you can bring items needing repair) and, naturally, several people who need rides. I hope to be able to report on my immersion within the next few weeks, as I swim farther from the shores of the conventional cash economy (while still keeping them in sight, as time-banking is meant to be a parallel economy, not a total replacement).

In the mean time, you can join me! Find your local time bank using this directory and get yourself started! Much as I would love for you all to join my time bank, it wouldn’t make sense (unless you happen to live near me). Time banking is, for the most part, decentralized and local-focused and, in some ways it has to be. One of its main goals is community building and bringing neighbors together to forge bonds of trust, and trust is mostly easily built and sustained through interpersonal interactions. So look up your local time bank and finally get to know your neighbors!

And if you’d like to know more about the history of time banks, the crowd-sourced wiki is a good place to start. The timebanks.org site is not working at the time of this publication, but hopefully they will have it back up and running again very soon, because it was a very useful research resource. 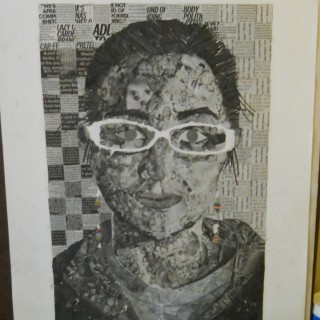